Users in ExoSense are managed by their unique email address. Each user has a Role assigned to them that defines their permissions in the application. Users are also invited to one or more groups, which contain assets, group-level dashboards, devices, and sub-groups. A user will have access to each group and all sub-groups.

To invite a user, click the button on the Users page, add their email address, choose their permission role and the group(s) they will have access to in the hierarchy.

Multiple users can be invited at one time if they have the same role and group access. Add each of their email addresses to the email form box separating them with a comma (e.g. user1@example.com,user2@example.com).

All permissions adhere to a strict control access policy tied to the group node at which the User with the role (permissions) has.
Examples:

Some permissions are tied to the feature available to the solution. Some features are enabled/disabled at the Tier level. Features are also controlled with the administrative Feature Controls.

In this example, a new user role called "Installer Midwest Region" can be created with permissions to view asset data and manage Asset configuration. This new role can optionally be assigned to only be accessible at a sub group node. 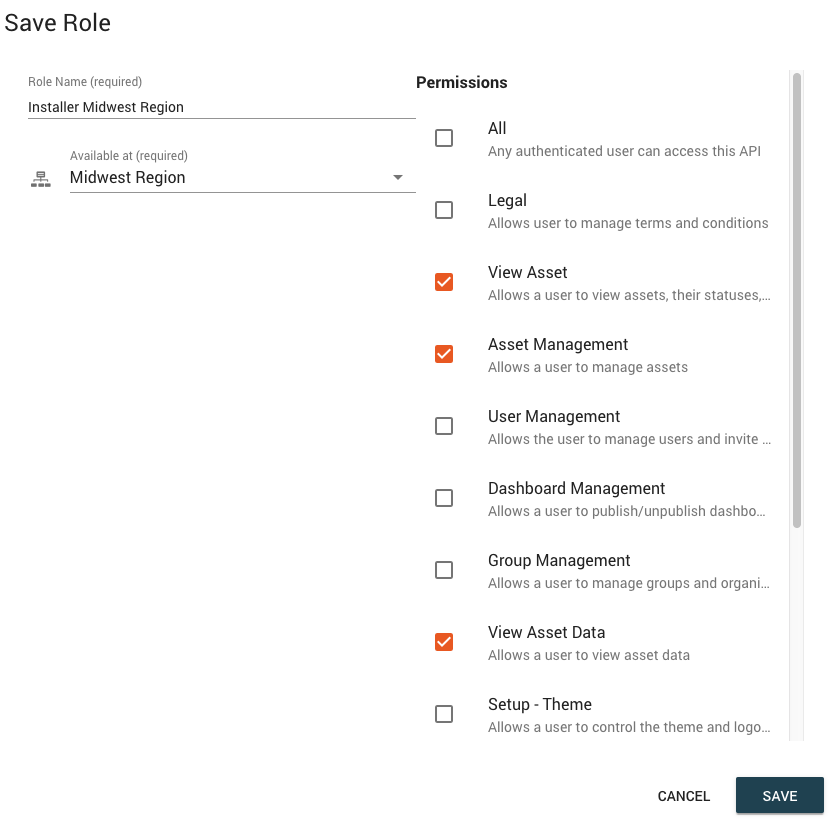