Thresholds now are treated as horizontal lines vs vertical gradients which allows multiple warning and critical thresholds to be shown for multiple signals. We also now show a threshold line label, which can be customized or automatically deferred from the rule parameters. In addition, vertical status bands can be enabled to see when signals are in warning and critical states. This is available for simple and complex line charts. 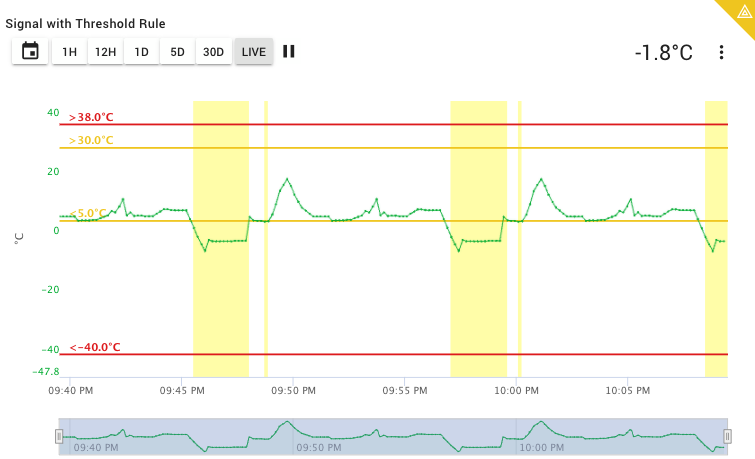 Similarly, the gauge panels also support thresholds as line with labels. The threshold lines, rather than using the bands, must be turned on in the panel configuration. 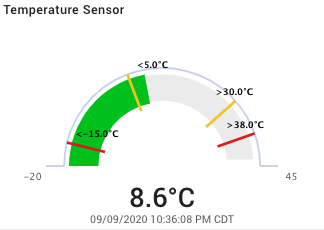 This panel allows users to visualize a color gradient that is overlaid on an image based on signal values and their x,y location on the image. It works similar to the Image Overlay panel for configuration. It provides different methods for drawing this gradient along with customizable color value map. 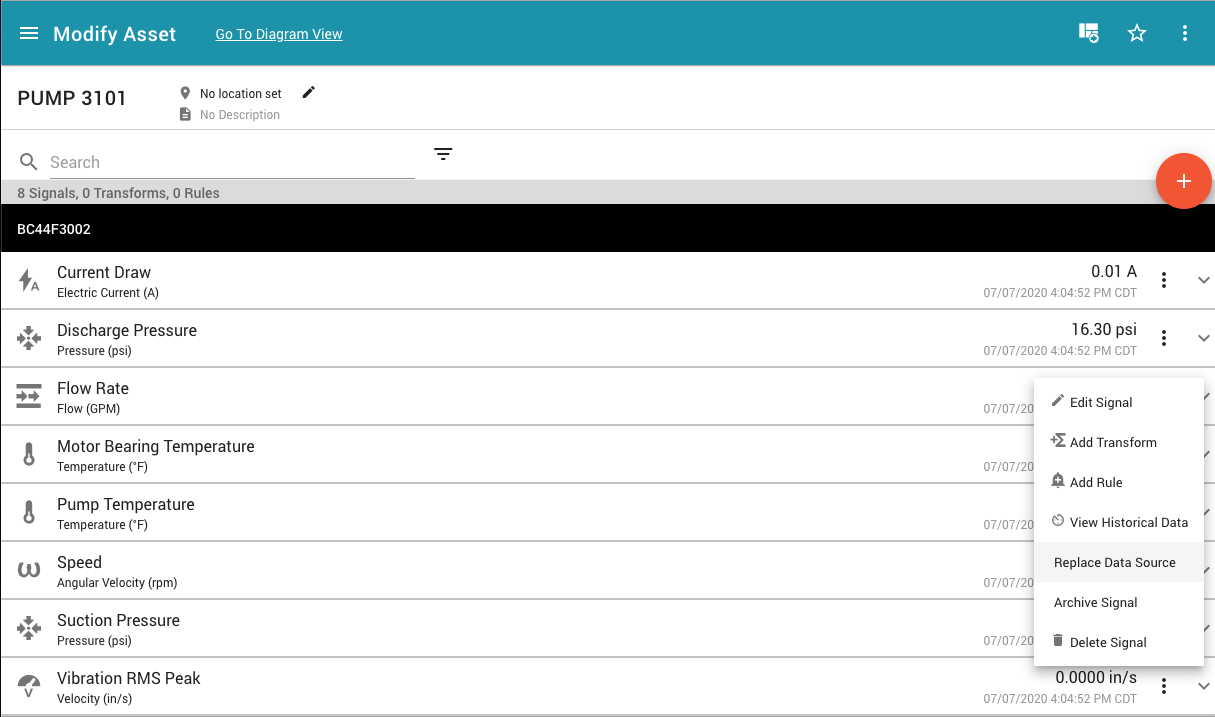 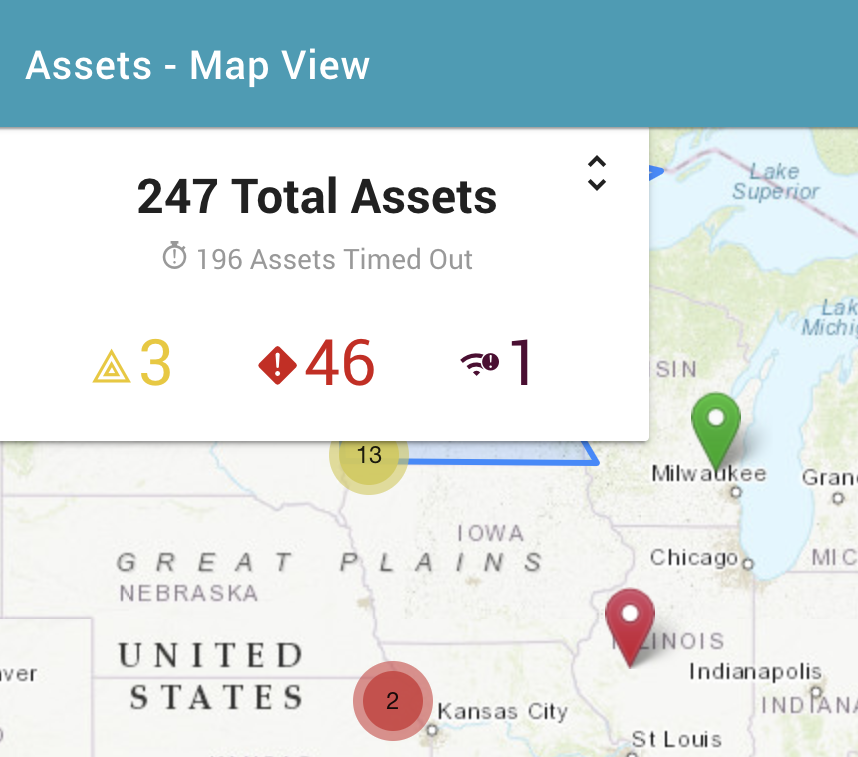 Summary: A new feature that allows users to make changes to multiple assets at one time. This functionality is controlled by role permissions.

Bulk Change is available at higher ExoSense tiers. Please contact support about enabling this for your ExoSense instance.

Summary: This is a new compact tabular view for the Modify Asset interface, which users can switch between from the wired diagram view. This view better handles large assets with many signals, transforms, and rules. In addition, users may now quickly view a tabular signal history for a signal without leaving the view. More Information

Summary: Allows users to claim device ownership through unique claim codes and QR codes in the ExoSense UI. Requires use of Exosite's PDaaS (Product as a Service) IoT Connector interface.

Summary: A new dashboard panel that allows displaying aggregation of one or more signals' values over a specified time period.

Summary: A new dashboard panel that provides a simple tabular view of historical values of 1 or more signals.

ExoSense now works on small touchscreen devices like smart phones and tablets. This means that the user interface has been updated to work with touchscreen use and the UI is responsive to the screen size to provide an experience that makes sense for a small screen. 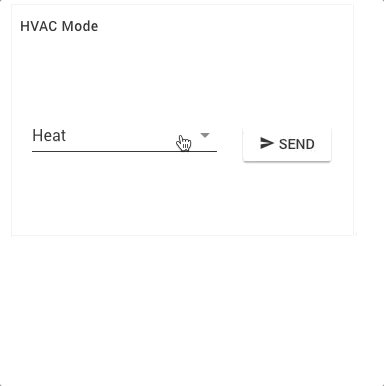 Support for a custom message in the Rules UI

Summary: Users can specify an optional custom message for rules that is then sent out with notifications based on that rule status.